Participating in a co-op is a hotly debated topic within the homeschool community and for good reason. It would seem that there are as many different styles of co-ops as there are curricula choices. Some are ultra-selective with strict rules and guidelines. Some are uber loose with barely a plan in place. Some are taught by nothing other than moms while others use paid professionals to teach classes. Some are taught in homes and others rent out classrooms. As the details vary, the pros and cons will too.

But, this series, The Many Unexpected Benefits of a Co-Op, goes beyond those differences and finds some of the unifying and unexpected benefits of homeschool co-ops.

If  you are trying to decide whether to participate in a homeschool co-op this year and have been diligently making a list of pros/cons, don’t forget my favorite, yet rarely discussed, unexpected benefit of participating in a co-op:

EXPOSING YOUR KIDS to BRATS and BULLIES!

I know this sounds extreme but think about it.

As homeschool parents, we get to pick and choose nearly every aspect of our kids’ lives.

With whom they hang.

And, as the loving, supportive parents that we are, we try to always make the best choices for them.

We feed them healthy snacks.

We cater to their learning styles.

We keep them in safe environments.

But, as much as we may want to create a perfect world for our babes, we can’t.  But, more importantly, we shouldn’t.  Why? Because real life isn’t perfect. Without robbing them of a happy childhood or scarring them for life, I think it’s imperative that our kids understand that life is not perfect.

And one of life’s most prominent and persistent imperfections is people.

Do we want  our kids to experience anything other than wonderful, loving, supportive people? No, of course not.

But, are they going to experience bad people, despite our best wishes and fiercest intentions? Yes, for sure.

So, they  might as well be introduced first to these types of people under our direct supervision and loving control.

Blessedly, our babes don’t need to experience BRATS and BULLIES in the public school classroom or, worse yet, on the playground with overworked teachers and underpaid playground supervisors.

Our kids can experience the BRATS and BULLIES of the world with their fiercest defenders at their sides…us!

What better way to first expose our kids to the BRATS and BULLIES of the world than with  us observing the interactions, guiding their responses and protecting the results?

I’ll admit that the first time our son experienced his first BRAT at co-op, I was sad. We were new to town and excited to make friends at co-op. Unfortunately, it turned out that there was a real BRAT in his co-op class. Ya know, the kid who is rude to both adults and kids, makes everything a competition and then pouts when he doesn’t get his way. 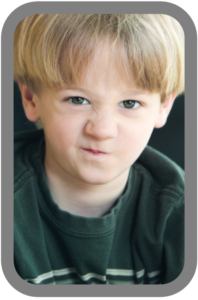 As disheartening as that was, I was glad I was there to watch the BRAT emerge and observe my child’s reaction. We were then able to discuss the situation after and formulate a plan for future encounters. We remained in that co-op but we did not seek any sort of friendship outside with that particular child. My child learned that not every kid in his class models good behavior and is friend material. As simple as this lesson sounds, my sweet, loving kid had never met a peer that he did not consider an instant friend until this situation arose.

And a few years later when he encountered his first BULLY at co-op, I was simultaneously very angry about this kid’s behavior and strangely peaceful about it too. This kid was an emotional bully who belittled my child by creating an “inner circle” of cool kids and purposely excluding my son from interactions. This kid was definitely the Alpha of the entire group and all of the boys wanted to be his friends, including my son. Sadly.

My son tried for weeks. And was rejected each time. He wasn’t the only one on the outside of the BULLY’S inner circle. There were others on the receiving end of the “just kidding” jokes and shunned looks. There were others not invited to the birthday parties and left out of the secret handshakes. But because this BULLY was also smart, he behaved when most adults were watching, which meant my son was sometimes accepted into the group but then figuratively kicked out again when the BULLY thought no adult eyes were on him.

But I was watching. After all, that’s my job and since I was at Co-Op with my son, I was able to watch! I watched it all take place and then I gently discussed it with my son after co-op each week. It took loads of rejections, lots of prayer, too many tears and countless discussions for my son to decide on his own that he didn’t want to be friends with the BULLY anyhow. He decided that the BULLY was not somebody worth the angst and agony he had caused week in and week out. He came to this conclusion on his own. And once he did, he was happy. He was free to pursue other friendships at co-op. He broke down the social order that the BULLY tried so hard to force on everybody by simple saying, “Nope! Not gonna play that dumb game.” 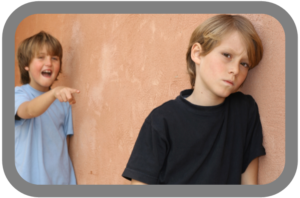 And I could not have been more proud of my son, and grateful to that BULLY.

Why? Because he taught my kid a very valuable lesson at a young age

A lesson that many public school kids struggle to realize is being forced on them every day in the classroom and on the playground.  But one of which the teachers simply don’t have the time to be aware.  And, by the time these kids get home from school, they’re too exhausted and numb from trying to handle life on their own. It’s not even that they choose not to discuss their feelings with their parents; they don’t have the maturity to understand that something needs to be discussed.

Thanks to that BULLY, my son learned a lesson at nine that some adults still have not learned.

Because, let’s face it,  life is filled with BRATS and BULLIES. At work, In college. Next door. Even at church. Sadly, even in our own extended families.

No matter the path your child will take as he meanders into adulthood, he is going to encounter both BRATS and BULLIES. Participating in a homeschool co-op could very well equip him to be ready to handle those issues with confidence and grace.

Want some help teaching your kids how to be and how to find a good friend? Check out my Friendship and Virtues Lesson Pack for sale on TpT or, better yet, subscribe to my email list here. By subscribing, you will receive a different product for FREE once per month.